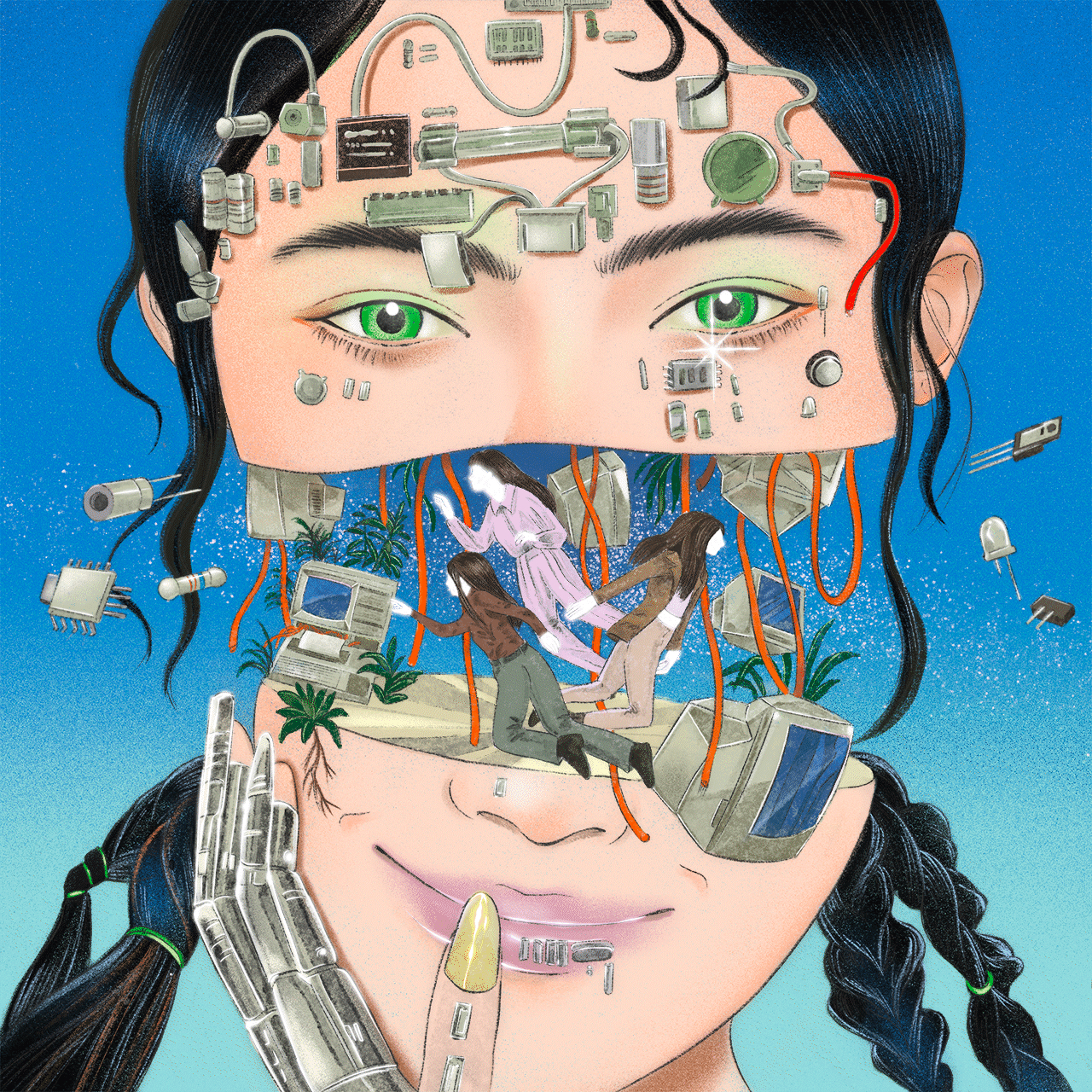 Due for release on the 24th June, the album is a first for Both Sides Records, a new label set up as part of the Brighter Sounds Gender Equality program.

To celebrate the band have also shared the pulsating bop ‘Never Gonna Live Up‘.

Speaking about the project as whole the band says, “We’ve been inspired by the ‘Sisters With Transistors‘, a group of radical women, who used technology to push the boundaries of music. Without the representation of these musicians, we would have struggled to picture ourselves in these roles.”

“The music was written in our home studios and came to life as a live installation at the Great Exhibition of the North with a mechanical light-up stage and robotic dance performers. This had a big impact on how we wrote the music as we created a listening experience that is intended to transport an audience and take them on a journey”.

This conceptual work takes the listener on a journey through serene feels, doomy landscapes, feminist sci-fi themes and robotic vocals with a contrasting mixture of analogue studio setups and modern software synths. The Sheep fluctuate between ambient flows and techno flavours in celebration of unsung women in music using the sinister sound-effects made by Delia Derbyshire during her time at the BBC Radiophonic Workshop.

Due to the method’s they have used to compose the music, the album is entirely self-produced, creating a visceral style with automatic and instinctive movements. The music features leitmotifs akin to 70’s TV themes, with eerie hooks reminiscent of Japanese dystopian Anime ‘Akira’ and the band site Delia Derbyshire, Laurie Anderson, Daphne Oram and Suzanne Ciani as key influences, as well as modern electronic pioneers SOPHIE and Planning to Rock.

The album will be released on Both Sides Records as a special commission.